On Thursday, 23rd January we were very privileged to welcome Professor Peter Sonksen, and his wife Sue, back to The Hill to officially open our new sports centre. Pupils, staff and guests, including those who worked on the building and the Town Mayor of Chipping Norton, Councillor Don Davidson, gathered together in the sports hall to welcome Professor Sonksen, a retired Professor of Endocrinology from St. Thomas’ Hospital and King’s College, London.

After an introduction from Headmaster Mr Seward, Professor Sonksen, a pupil at Kingham Hill from 1946-48, spoke to present day pupils about his time at the school, which, as he put it, was "a lifetime ago". 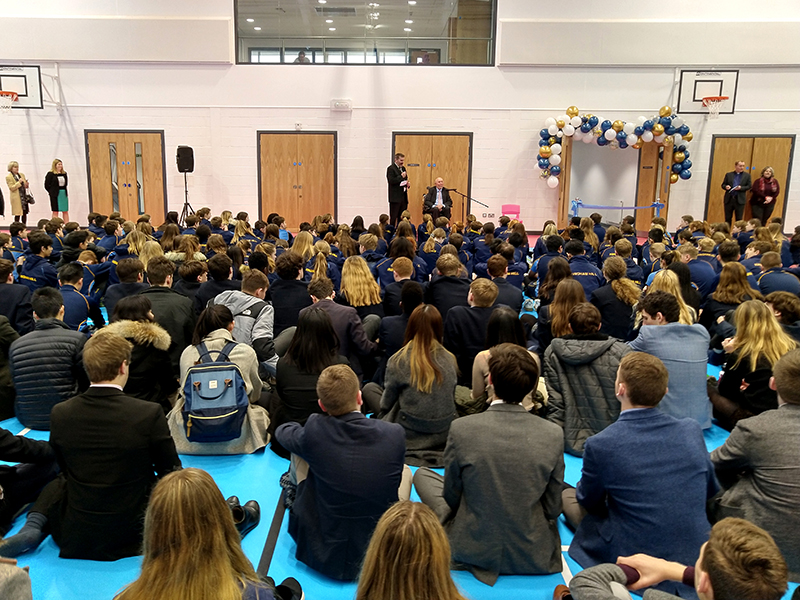 Things had changed, he said with a smile; for one thing, the pool in his day was outdoors and every morning pupils had to take a cold plunge bath. He fondly remembered the winter of 1947 when snow was on the ground from Christmas through to Easter before talking to pupils about his career in recognition of which he received an OBE. Sport was important he said, reminding us all how fortunate we were to have such a fabulous facility on site. Then, after speaking to pupils, Professor Sonksen cut the ribbon and the sports centre was open! 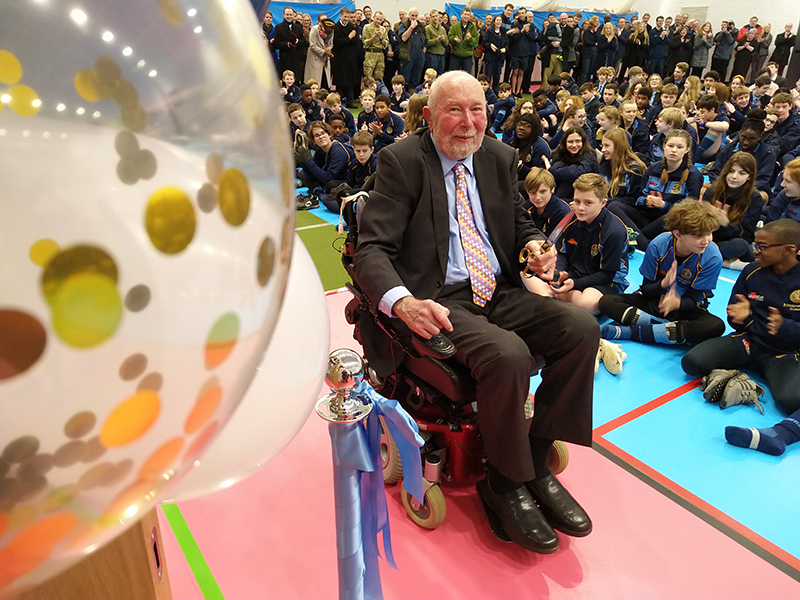 Later, Professor Sonksen talked to staff and guests about his work developing tests to catch those who use doping as a means of improving performance in sport. Cheating in sport, through the use of drugs, was something that had existed a long time he said, and would continue to be a problem. 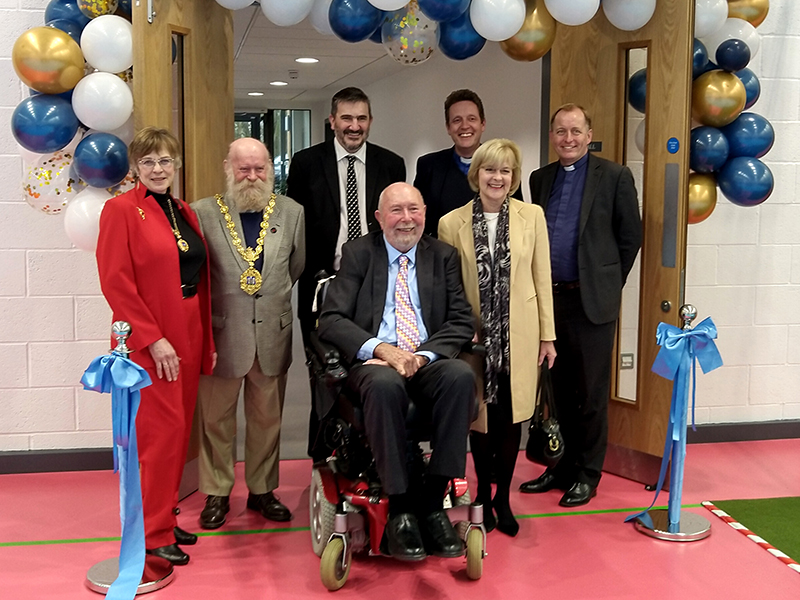 We all want to achieve in whatever we do, but it has to be done fairly. Success is rewarding, but only when it comes through hard work, not through cheating. Participating in sport, at whatever level is what matters most, and that is what our sports centre enables everyone at the school to do.

Thanks again to Professor Sonksen and his wife, Sue, for coming back to Kingham Hill.