The KHS 1st XV Rugby team played Bloxham 2nd XV and won 33 to 26 in a recent hard-fought match. Our two schools have a long history of competition, which motivated Hillians back to support the team. Thanks to former head boys from Norwich House, David Russell (Norwich '68-'75) and David Nock ('71-77) for cheering them on.

Standing on the touchline brought back a flood of memories - not least a similar match played in 1975 which, they remembered proudly KHS won 109-0 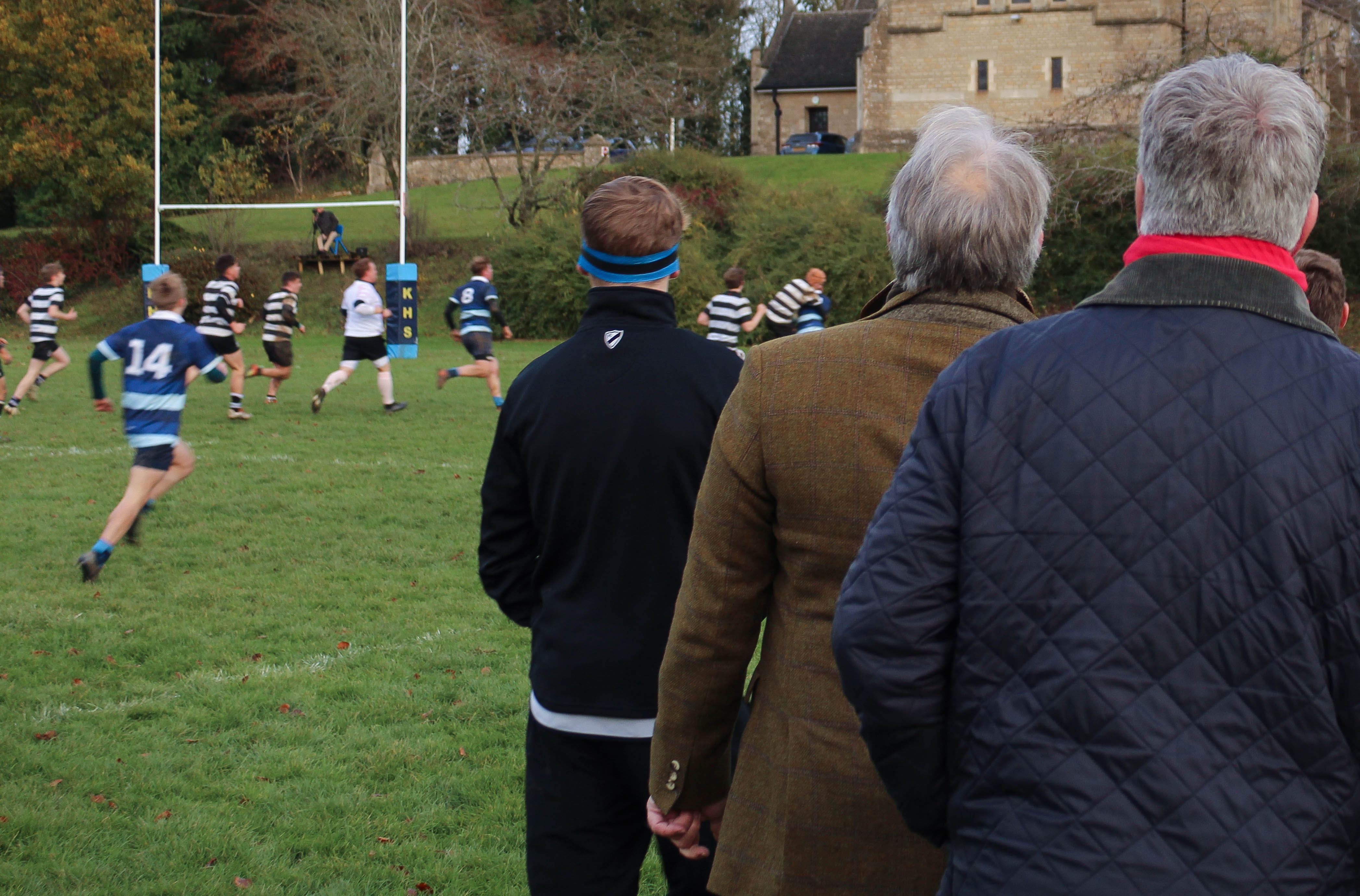 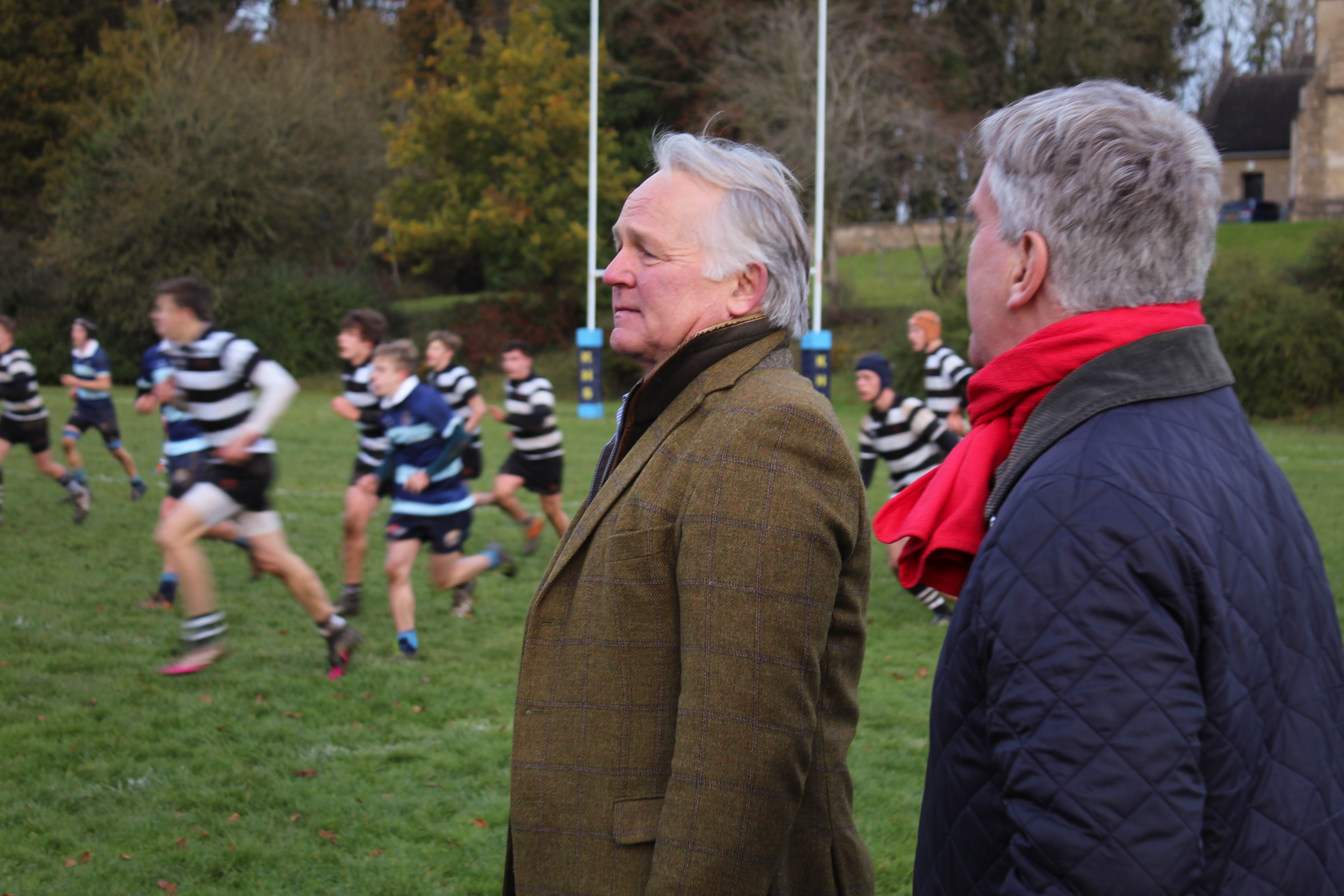 They shared this quip with us after the day:

I remember Bloxham Rugby, away, we arrived by Kingham Charabanc, light blue, drafty and cold.

We alighted from the bus, they were watching, we tried to look tall and tough… we were neither.

We were smashed by half time, don't think we even scored, we never gave up.

Someone got hurt, that tackle was high(!!), one man down, we never gave up.

Pitch cut up, rain fell down, they had many supporters, we had none, we never gave up.

Bloxham (Home) - two old Hillians on the touchline, loving this beautiful game, this will be a doddle, I was at Rendcomb, this team can play!

Great start, no sweat but what's this, the Black and Whites fight back, this is not over yet over yet, please not another regret!

But alas these titans hold on and defend with aplomb: win, and win with style, I knew it all along.

The crowd went wild, the old Hillians mumble...  roots laid down in their day… rubbish of course, but there again, we didn’t give up then.

Dedicated to former Housemaster Mr Wooliams - educated at Bloxham, made at Kingham. 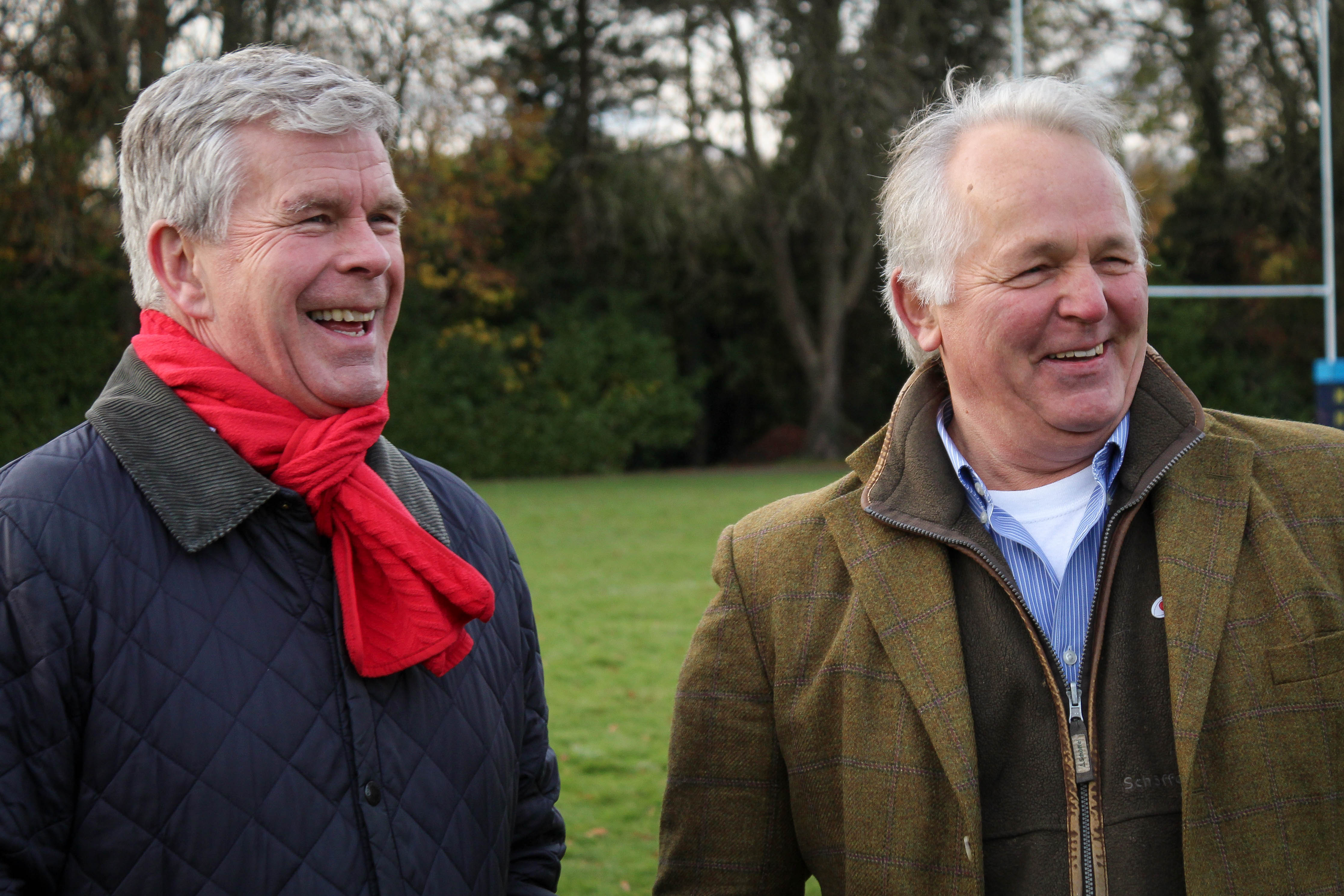