Our Alumni organisation is run by a committee of Hillians which meet four times a year to plan events, provide input to the School and manage the Centenary Trust, a fund which was established to provide bursaries for pupils so they may benefit from a Kingham Hill education.

Anyone is welcome to join and to help build upon the vibrant alumni community that we share at KHS.

To view the 2020 Annual Report of the Hillian Committee, please click here. 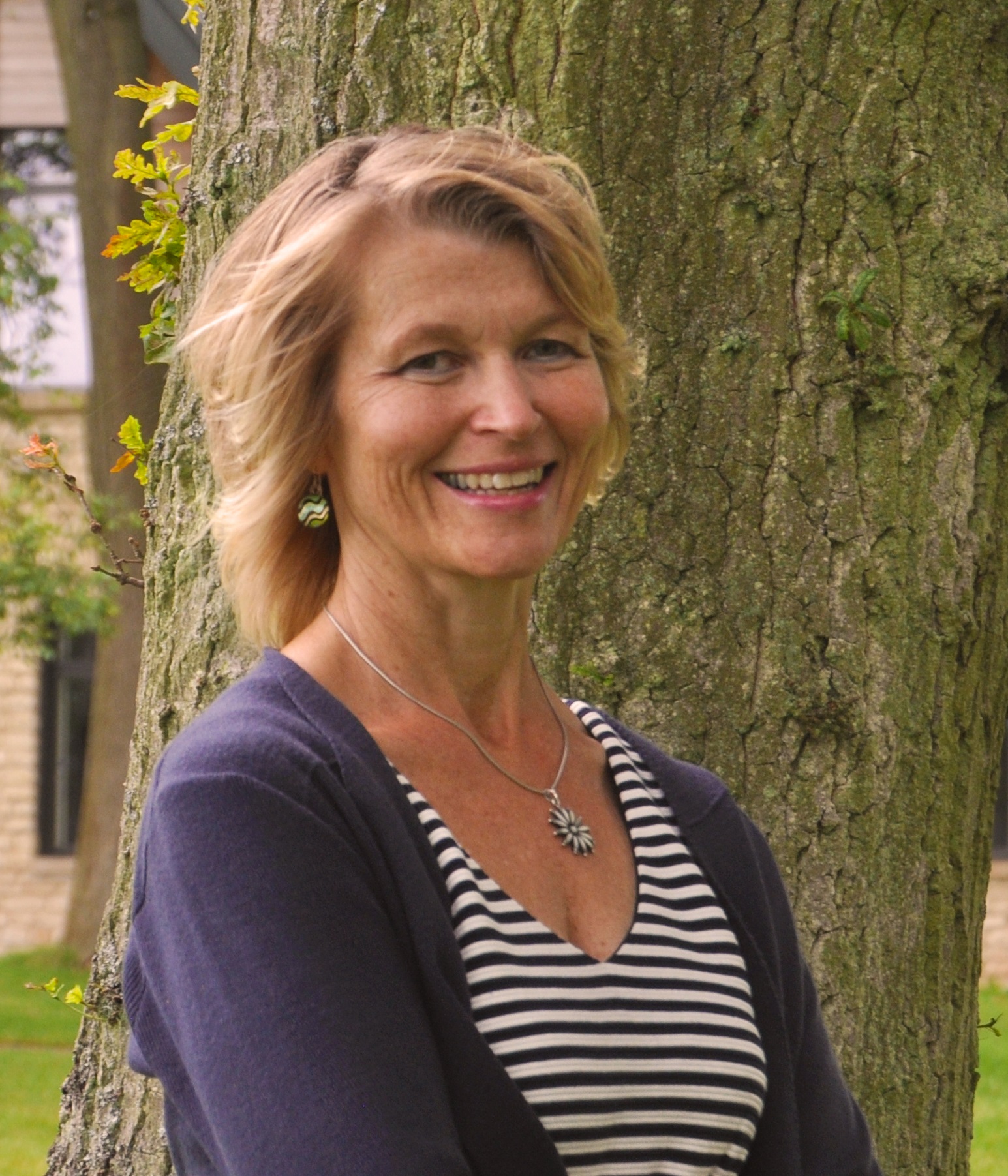 Nanci Austin is Director of External Relations at Kingham Hill School. She was appointed in August 2017 responsible for Development and Alumni Relations. An American who has lived in the UK for 20 years, prior to joining the School she worked in the computer industry in a number of international sales and business development roles. She has extensive knowledge of the charity sector and helps run her son’s charity which raises funds for Guatemala. Away from work she is a stained glass artist and a keen enthusiast of motorsport. She is married to Richard (an Englishman) and they have a son Henry who currently attends Kingham Hill and is in his final year.

Leo attended Kingham Hill from 1943 to 1951 and belonged to Clyde House. He came to the Hill with his brother Stan and served as Head Boy in 1951. Leo lives in Portsmouth. 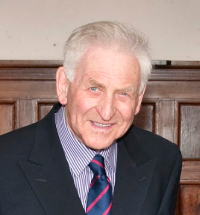 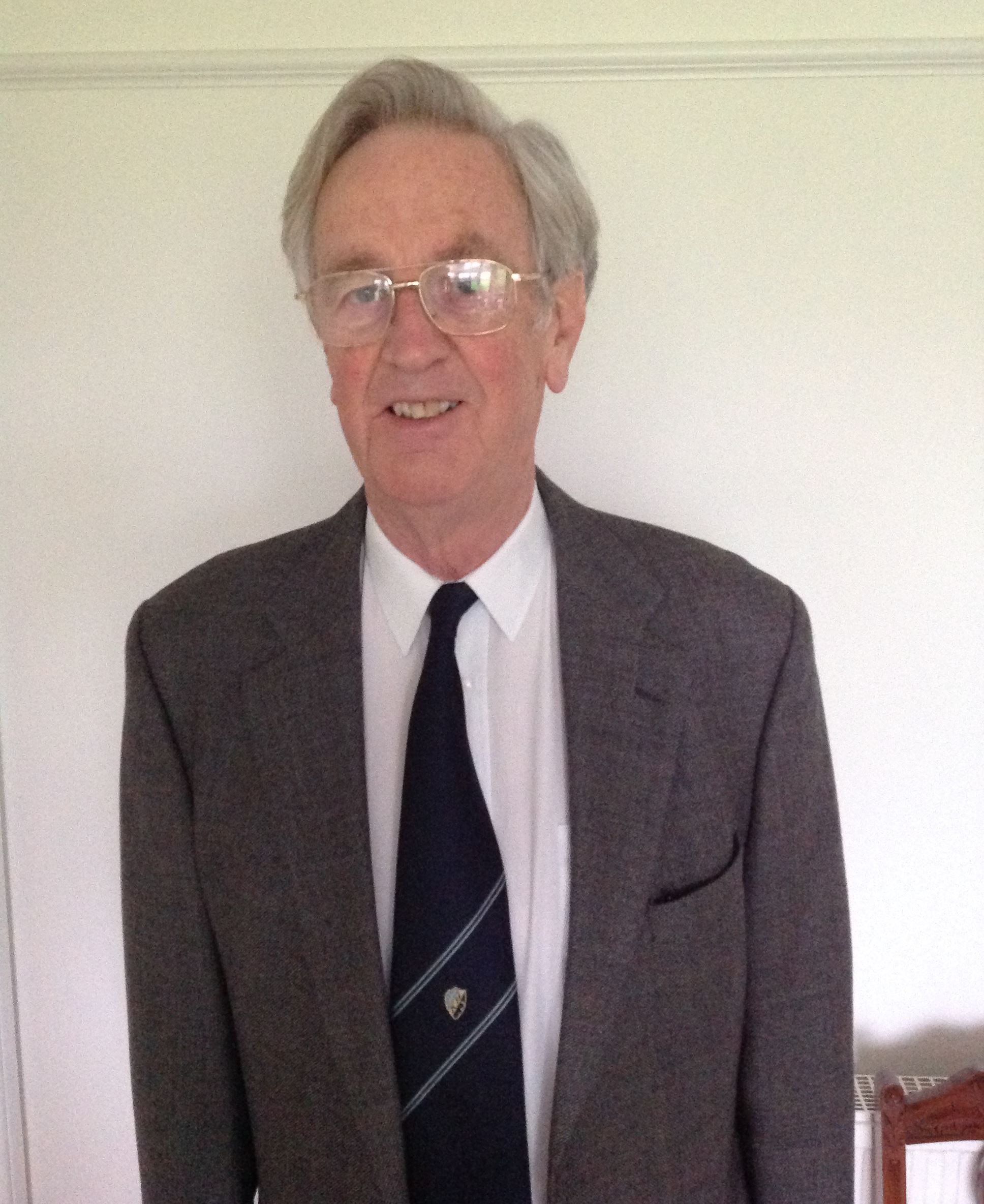 Brian Dean is a Chartered Engineer with a first class honours degree from Imperial College London and a postgraduate diploma in Nuclear Engineering. Following a student apprenticeship at the Atomic Energy Research Establishment at Harwell, he spent 11 years in the design and commissioning of the early nuclear power stations. He then moved to IBM for 21 years where he had sales and marketing responsibility for computing systems for various industries including world-wide business with Royal Dutch Shell. Finally, he was a business director of a software company, a Member of the Institute of Directors, and then self-employed for seven years as a business and management consultant.

Brian is married to Anne with whom he has a daughter, a son and four grandchildren. In retirement his interests are reading, cricket and the ongoing support of Kingham Hill School. 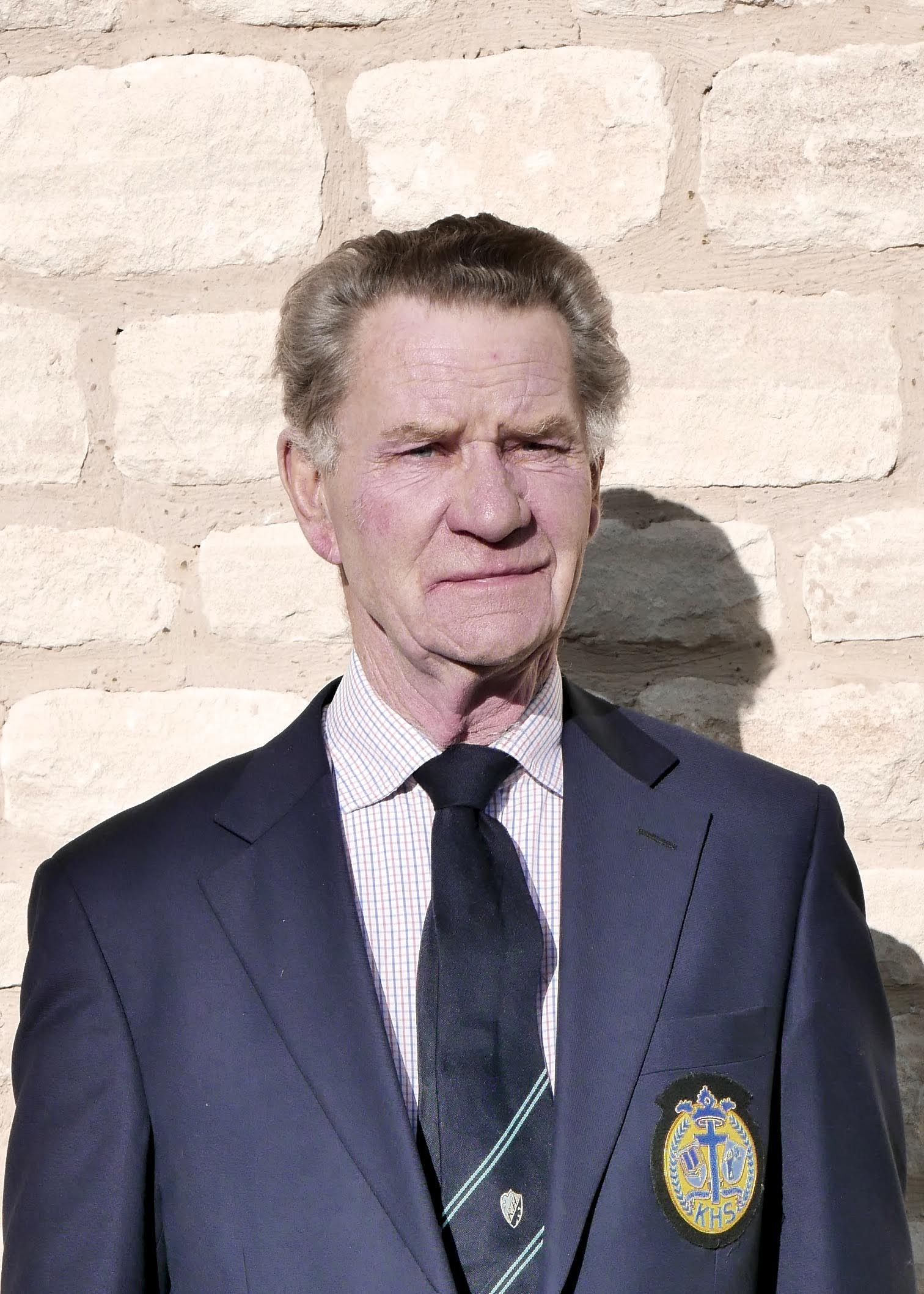 Simon arrived on the Hill the day before his sixth birthday, an event that he states was the most important in his life. For the next ten years he was educated, rounded, nurtured, fed, boarded, clothed and comforted at times of trouble and stress. Simon became a life member of the Kingham Hill Old Boys Association (circa 1960), with the permission of his bank manager who allowed him an overdraft to do so.

There was only a ten year gap in Simon's involvement with the Hill during his years in Royal Artillery and Hotel Training, which he followed for the greater part of his working life. Whilst running a small hotel group in North Yorkshire he was sought out to support the City and Guilds of London and was their North of England assessor for all food and beverage operations in some 15 catering colleges and universities.

Simon sold the company and moved south. He is currently retired and very active. He is a director of six companies, involved in a trust fund and the secretary of his residents association. He is married with three adult children, two boys, one girl and a number of grandchildren.

Mike joined Plymouth House in 1951 as an illiterate but happy nine and a half year old boy. He progressed to Bradford House and left in 1959 with seven GCE O levels. He participated in all sport gaining full colours in rugby and cricket. While still loving most sports, his current focus is golf.

Mike spent forty years in electronics with the same company reaching the grade of Senior Principal Design Engineer and Project Manager on post design of electronic warfare systems in the Royal Navy. His further education was with with Croydon, Paddington, Chelsea and Cranfield Technical Colleges also the Ashridge Management College.

Mike's hobbies and interests range from sport, D.I.Y (he renovated his family's 300 year old cottage doing all the the work himself), re-building car engines, building motorcycle specials, metal detectors and radios, and gardening.

Mike's wife, a registered nurse, is now also retired. They have two university educated children, their daughter, a qualified solicitor, is CEO of a highly regarded advocacy charity helping people with learning difficulties and their families. Their son is a research/design engineering scientist with a large international engineering company and is married to a vet. They have one granddaughter.

Mike was originally elected as sports secretary for the Kingham Hill Association. He has been a Trustee and Treasurer of the Hillian Association since 2009. 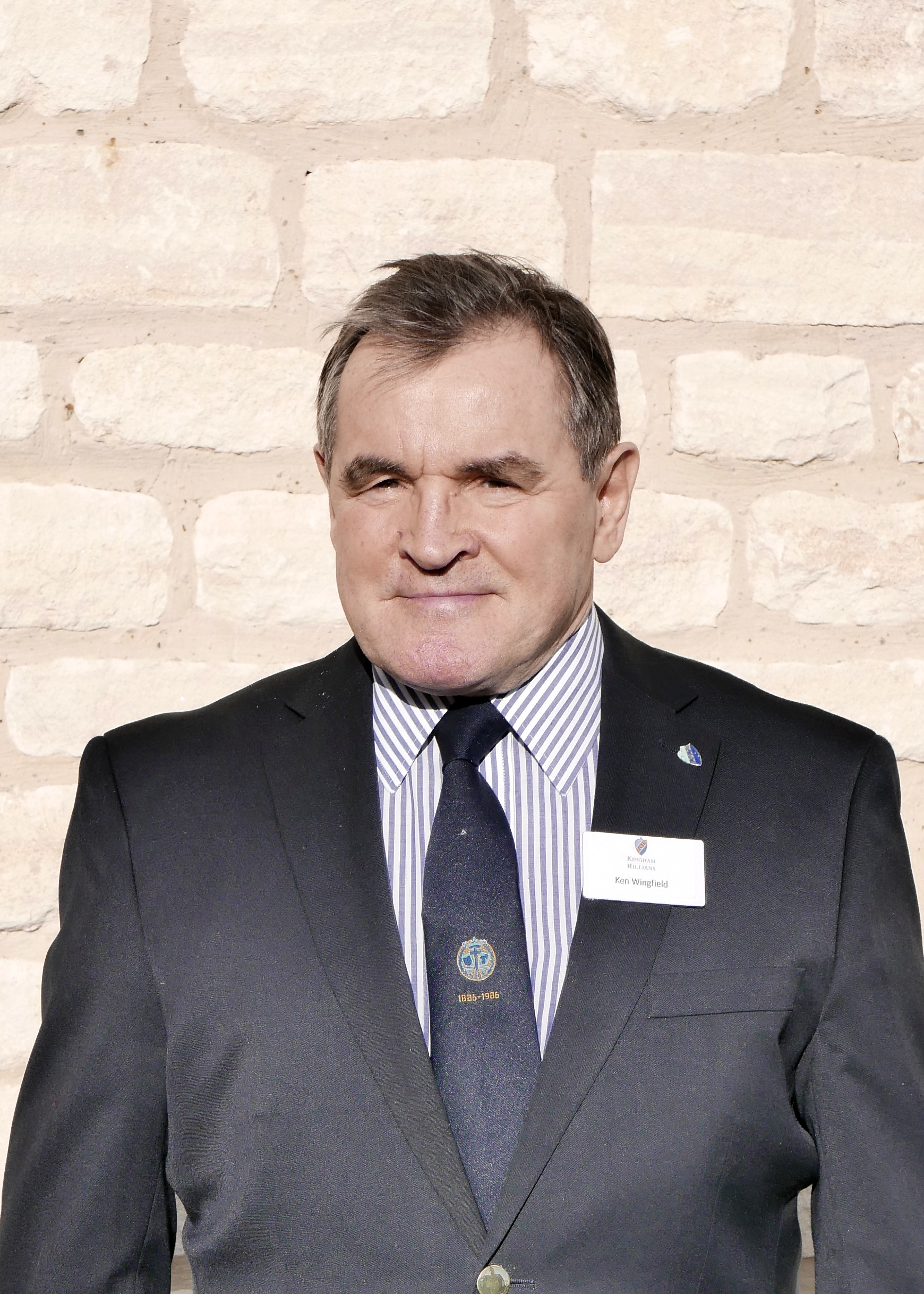 Ken was born in Selly Oak, Birmingham in 1946. He had a poor home background until he was taken into care in a children’s home in Leicester in 1957.

In 1958 Ken was taken to KHS for an assessment exam under the LEA scheme run by Leicestershire Council. He cites the years that he spent at Kingham as the ones that changed his life. After four years at the School he started an apprenticeship in Agricultural Engineering gaining his City in Guilds in 1968.

Ken's children Rachel and Matthew were born in 1969 and 1971 and it was during the period of the three day week that he joined HM Prison Service in 1975. He passed the senior management exams and interview in 1980 and served for 25 years as a Senior Officer.

In 2004 Ken received an MBE at Buckingham Palace for his work running a charity committee dealing with difficult offenders aged over 28.

Ken's hobbies are rugby (he learned to love the sport at KHS and played for 25 years after he left the Hill), painting, gardening, and more recently he has been on stage in local operatic musical productions. Ken has served on the Kingham Hillians committee for over ten years. 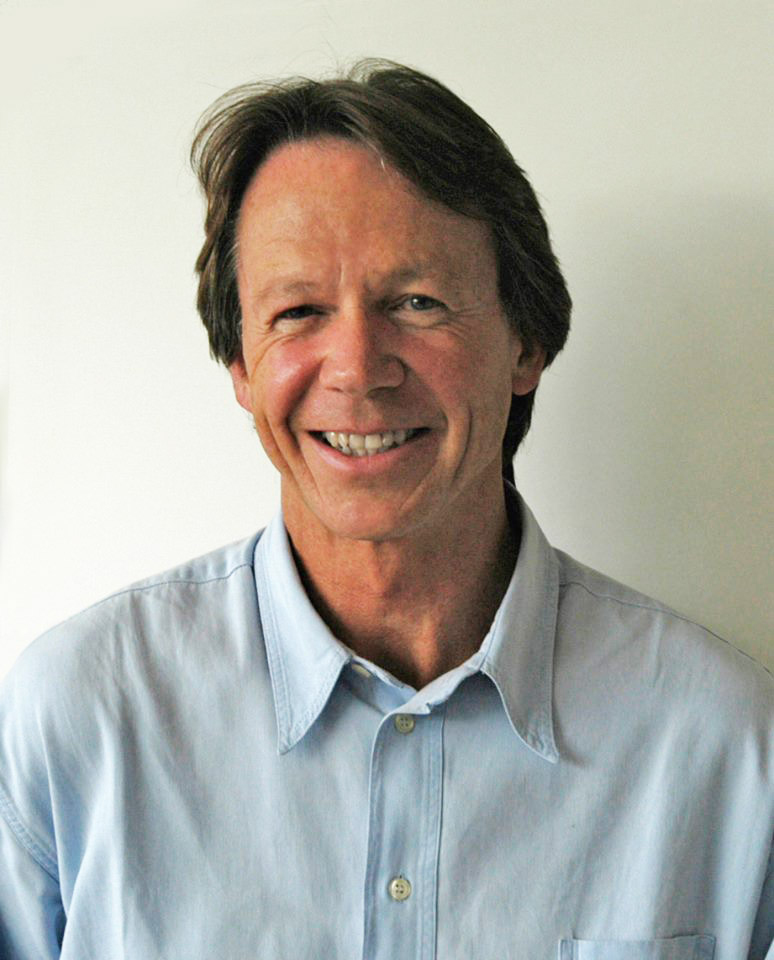 Mark was born in Singapore, the second of four children to an English father (Colonial Service - General Manager of the Malayan Railways) and Dutch mother. At Kingham Hill School he was Head boy and then went on to study Architecture at the University of Newcastle from 1969 - 71 and post-grad from 1973 - 75 with a year-long practical work experience in Japan during1971-72. In 1975 he set up his own practice working in association with the London practice Rock Townsend, to undertake a commission for a new theatre and dance school, a project that resulted from his final student thesis design. In 1982, he formed Burrell Foley Fischer LLP, an award winning practice undertaking a wide range of projects from theatres and cultural buildings, to cinema and media, historic buildings, residential and master planning and urban design. Mark is married to Lisa Foster, an environmental and community lawyer and they have one son, Emile, living in Cambridge.

After leaving KHS, David trained as a pilot with the Royal Navy and operated worldwide on carriers, frigates and latterly destroyers. When he left the Royal Navy he flew with UK airlines throughout Europe and the Middle East and joined a small start-up company latterly bought out by Bombardier.

His career with Bombardier took him to Arizona and the Caribbean. He was then recruited by UK CAA (the Aviation Regulator) as Operations Inspector to work in Management at Gatwick and HQ in London. He left this role in 2016 and joined CAA (International) as Aviation Safety Consultant.

David is married to Jane and currently resides in Gloucestershire, enjoying the close proximity to Cheltenham racecourse. 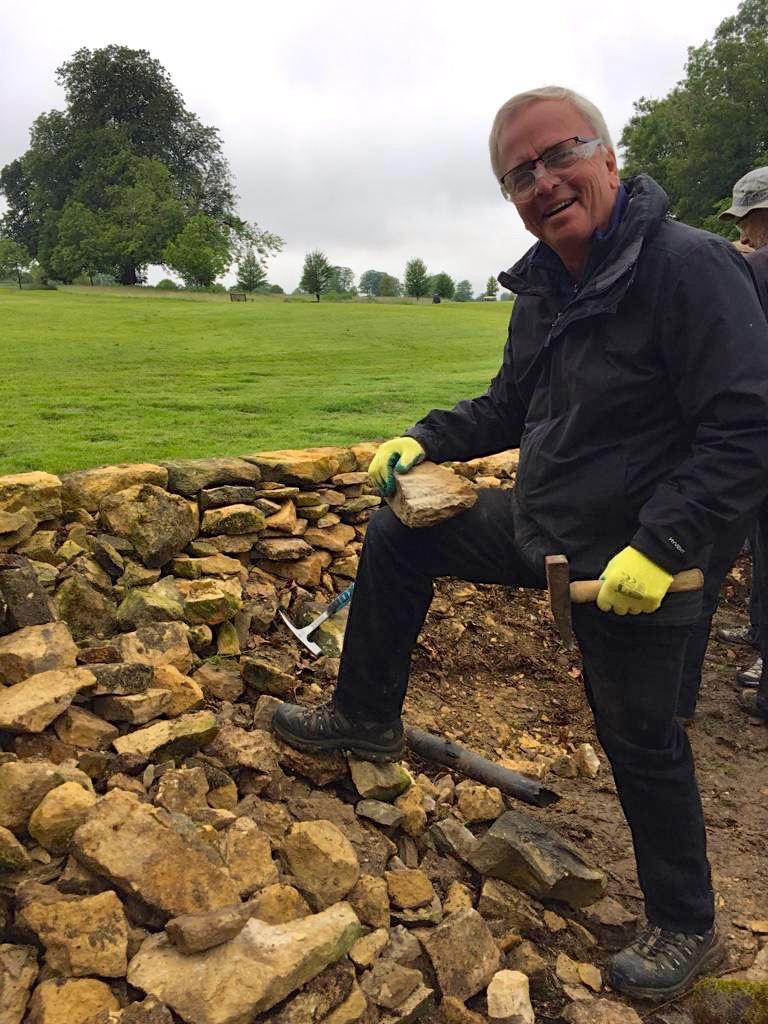 Nick joined the committee after recently finishing 35 years of full time teaching, primarily at The Haberdashers’ Aske’s Boys’ School. There, he was Head of Design Technology for 21 years and Senior Tutor of The Middle School over-seeing the Pastoral Welfare of 520 thirteen to sixteen year old boys!

Nick and his wife Nikki have three children. Chloe works in London for a Start-Up company organising Apprenticeship Schemes, Zack is an Officer in the Army’s Intelligence Corp and Kitty is a Sheep Farm Manager in New Zealand.

Nick and Nikki have recently moved to the Cotswolds and are enjoying more free time to pursue personal interests such as hiking, skiing, sailing and canoeing. 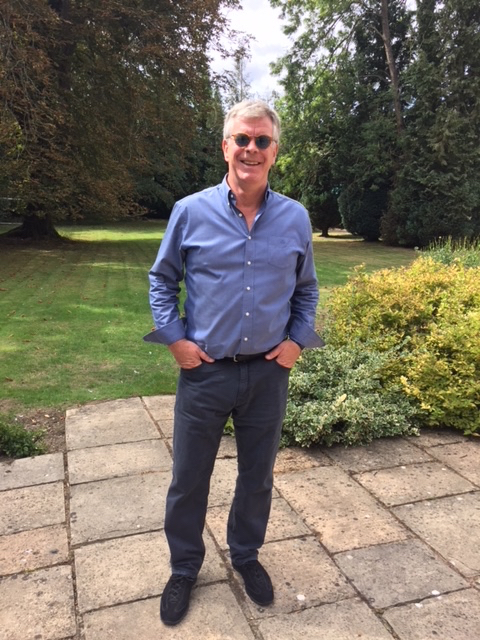 David was born in York and was Head Boy at Kingham in 1977. His brother also was at KHS from 1972 - 1978. David spent six years in the Hong Kong Police and the Metropolitan Police. He served occasionally as body guard to the Queen Mother. David went on to serve ten years in finance, four of which were with Chase Manhattan Bank. For the last 21 years he has been involved in the office interiors business and has sold two businesses. He currently has a son attending KHS who is in Norwich. David's interests include rugby, history (thanks to Mr Gilmore and Mr Mann), architecture, travel, cars and the sea. 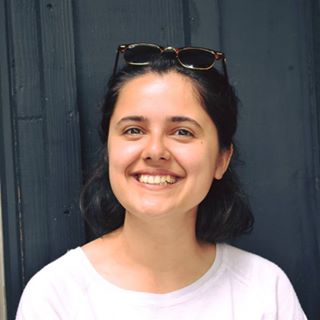 Alex Sandru was a pupil at KHS in 2011 – 2013 and she absolutely loved her time so much that she came back to work at the school after 3 years of studying Maths at Durham University. Alex moved to Kingham from Romania when her father decided she needed a change of scenery. She is currently the Pastoral Assistant of Greenwich House and also teaches Maths and coaches sports. When she is not looking after energetic 11 year olds, she enjoys painting, reading, walking and meeting up with friends. Alex is involved with her local church and volunteers on Friday afternoons with a club for those who have retired and live in the area. In September '19 she moved on from KHS and started a new role for Lymington Rushmore Holidays. 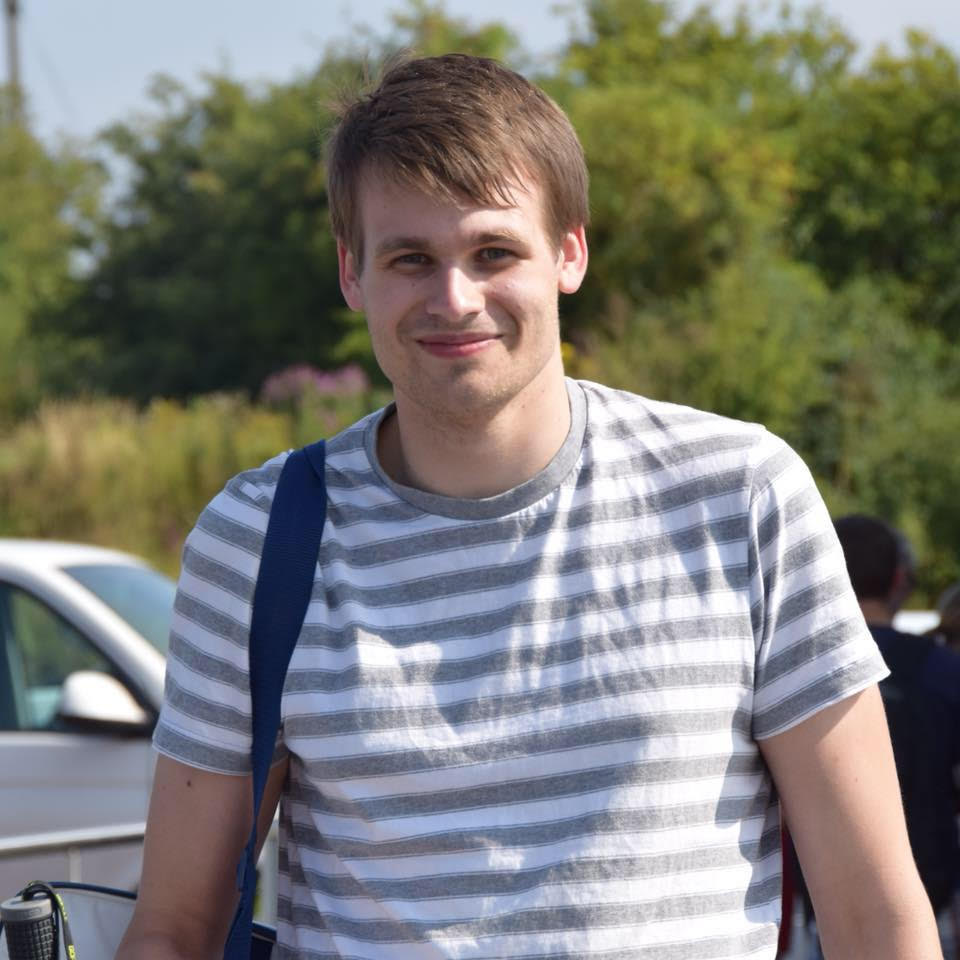 Nim Anderson is a Cloud Solutions Engineer at Black Mountain Systems. After leaving KHS in 2013 with one A level, he secured an apprenticeship with the software firm Black Mountain. During the last 4 years at Black Mountain, Nim has played a part in many different roles and departments from support through to hosting. Nim is currently working as a Cloud Solutions Engineer, building tools to continue the growth of Black Mountain's cloud solution. Nim likes to keep busy, and is currently running a small app development company as well as consulting on website design. Away from work Nim takes part in an annual musical by a local amateur dramatics society, enjoys walking and is involved with his local church. Nim recently married Abigail in June, 2018.

Liza left KHS in 2020 and has since become our youngest member of the committee. Alongside her life as a student at the University of Warwick, studying English Literature and Creative Writing, Liza has returned to the Hill as a summer intern, looking to train as a teacher after graduation. She is a keen fiction and poetry writer, and is the charity and events planner for the Warwick Writing Programme.