Video Stories from the Hill 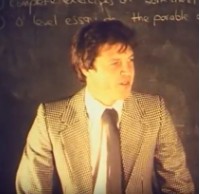 On leaving London University in 1979, Mark Huckle took a one year teaching post at Kingham. Mark taught RE, coached the First XI football and was house tutor at Sheffield under Bill Harvey. He also ran a "Film Makers' Club" on Thursday afternoons. A few years ago Mark was reunited with a large spool of Super 8mm silent film that was made during that club. Together with the help of English teacher Andrew Sinclaire (1979-86) and Patrick Pearson Miles (Bradford and Clyde 1977-85) he produced a digitised re-edit of "A Year in the Life of Kingham Hill School (1980)". The film captured 12 minutes of life at Kingham Hill School and has engaged generations of Hillians to reconnect.

Now forty years later, Mark is working with KHS and alumni to help document Stories from the Hill. His blog and video collection can be found here on his @Lifestoriesonvideo.com website.