KHS CCF Contingent did us proud in the biennial inspection

This Tuesday saw the biennial review of the Combined Cadet Force here at Kingham Hill. All cadets were on show as the Reviewing Officer, Lieutenant Colonel Samuel Cooke, inspected numerous areas of the contingent's activities. For all of us at Kingham Hill, it was a day to be proud of with all pupils at their various ranks giving an excellent account of themselves. The Reviewing Party were particularly well led by our Head of Corps Jamie and many of the guests commented on what good hands they felt they were in with him adding some class to the proceedings. 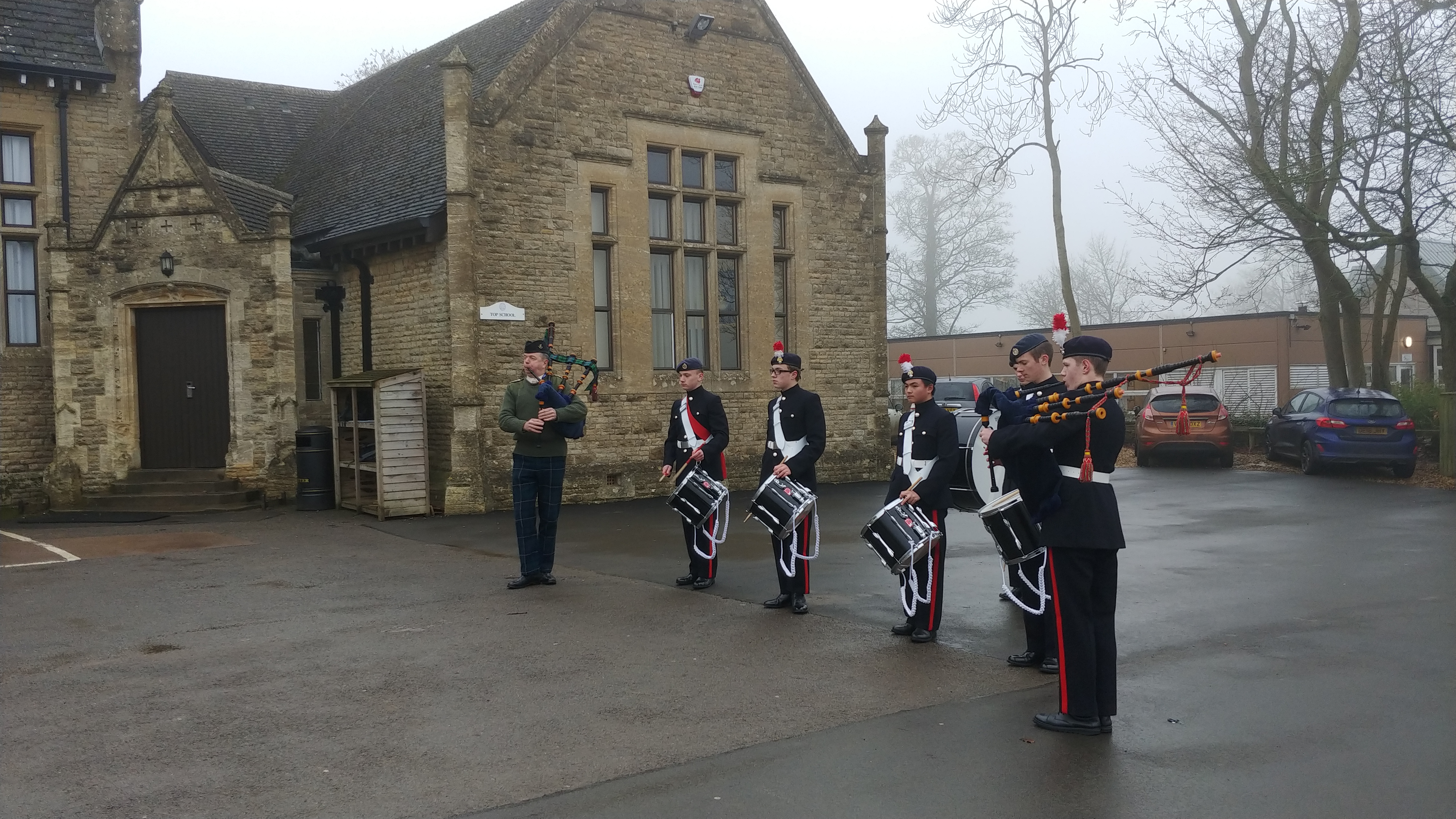 During the initial inspection, our Corps of Drums gave set a wonderful tone to the occasion. The guests were taken round numerous training stands where they were able to see examples of senior cadets training the new recruits in fieldcraft, weapons, first aid, camp craft and leadership. 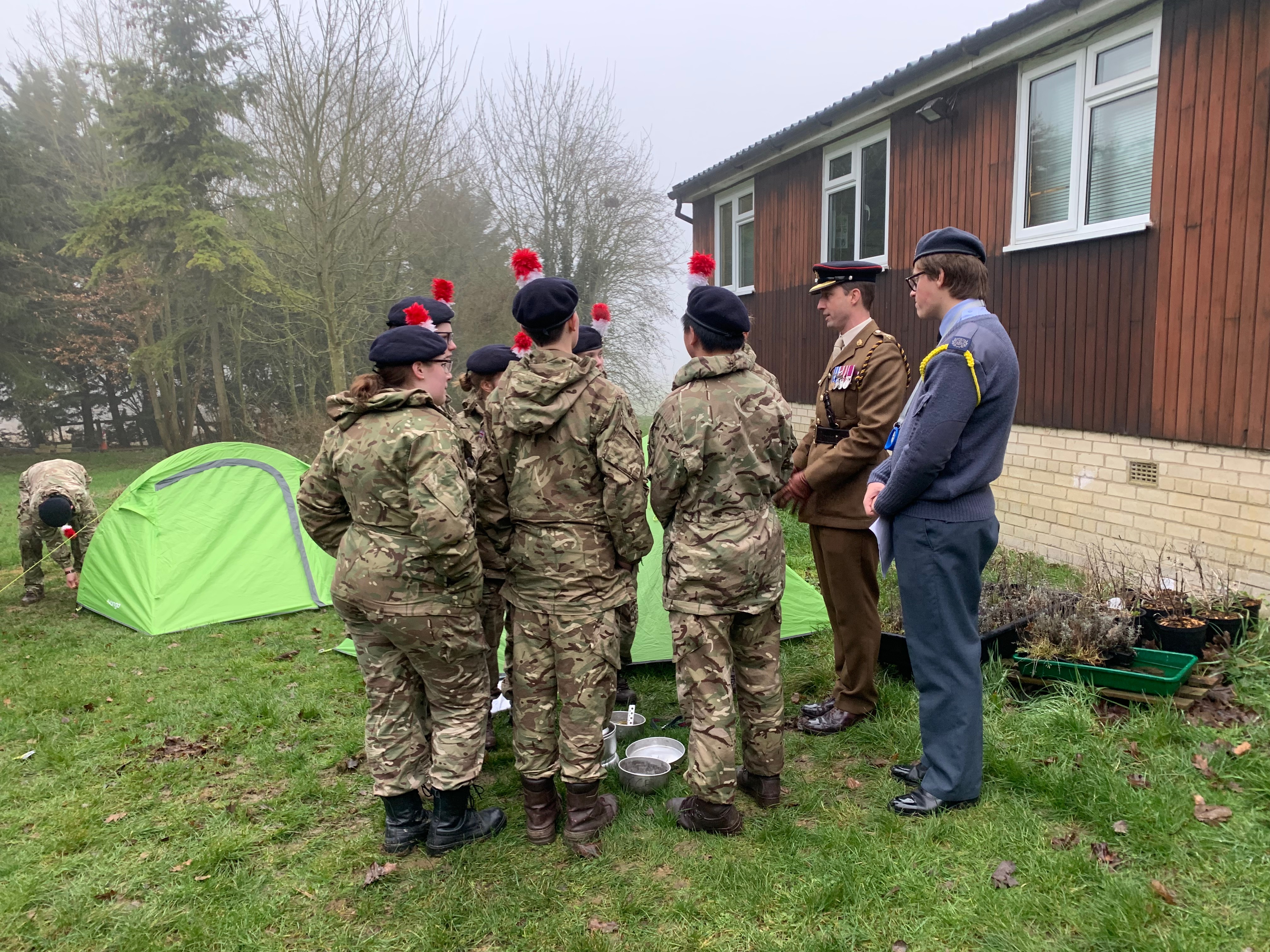 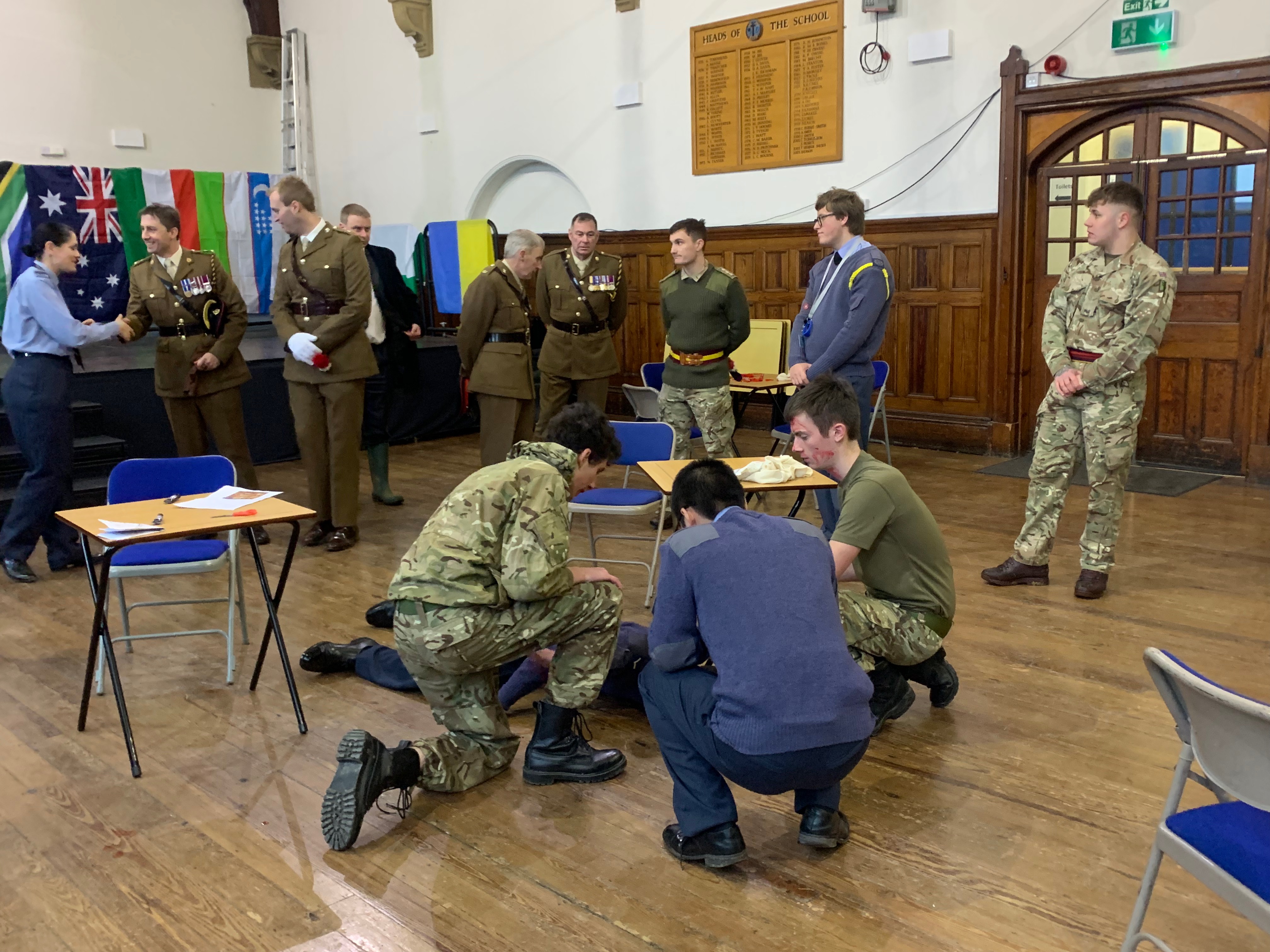 One of the most dynamic parts of the day was a deliberate attack demonstration which involved a lot of smoke and had cadets making their way across an open space to take control of an area occupied by the 'enemy'. 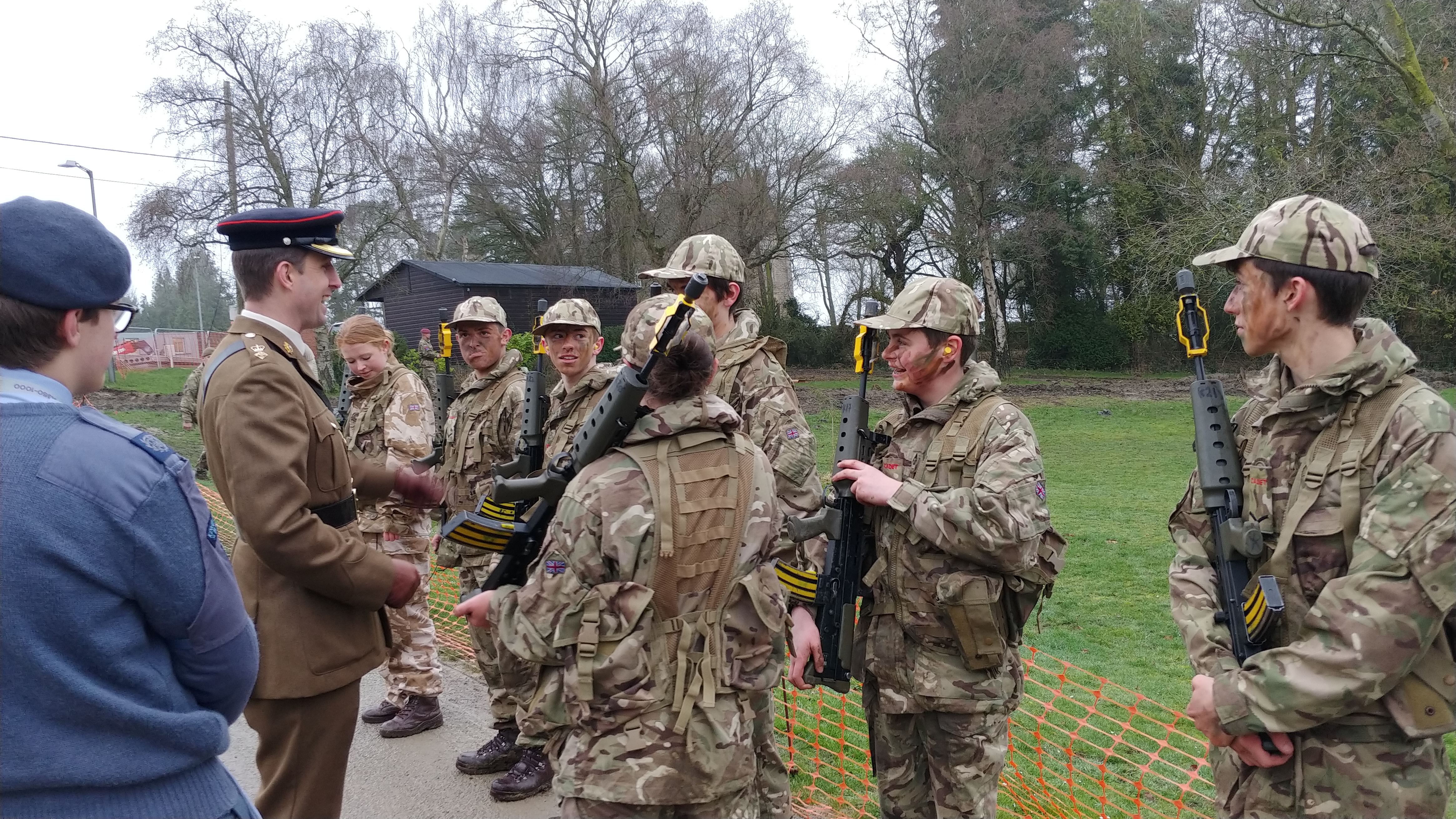 Lieutenant Colonel Cooke was clearly more than happy with what he saw during the day. The Kingham Hill CCF is in excellent shape and we are all delighted to see that the considerable work put into this event by the CCF staff and cadets was rewarded by such glowing comments from him.