With the looming General Election we decided to hold a mock election of our own  to give the pupils a chance of sharing in the democratic process. Five Sixth Form politics pupils put themselves forward to represent the following parties: Liberal Democrats, Brexit Party, Plaid Cymru, Labour and the Conservatives.

We held hustings attended by the whole school where the five candidates laid out their policies for government. All pupils and staff were invited to vote in our Old Sports Hall, set up to work as a traditional polling station. The Polling Station was open at breaktime and lunchtime.

By the time polls closed at 1300, 65% of the pupils had voted. The results can be found below. 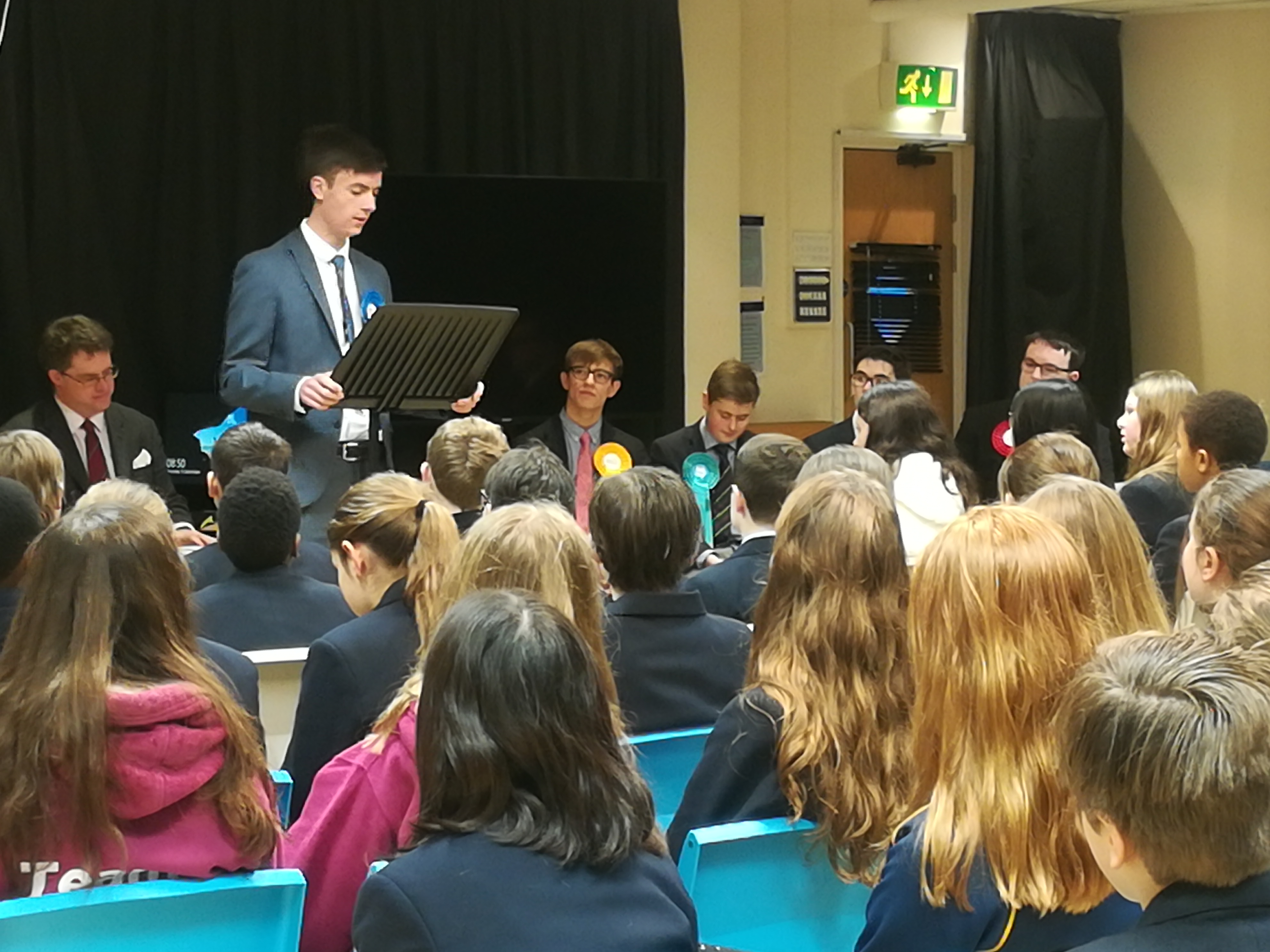 Of course, we are incredibly surprised by the outcome. The Plaid Cymru candidate ran a very unassuming campaign and stated his policies calmly at the hustings. It appears, however, that his message was popular among the pupils, who really got behind him on polling day with posters and advertising slogans. Maybe they were keen to vote for something different. The pupils have been highly engaged by the democratic process: the election has been a hotly discussed issue in boarding houses and common rooms across the School. We look forward to seeing the real results come in this evening.